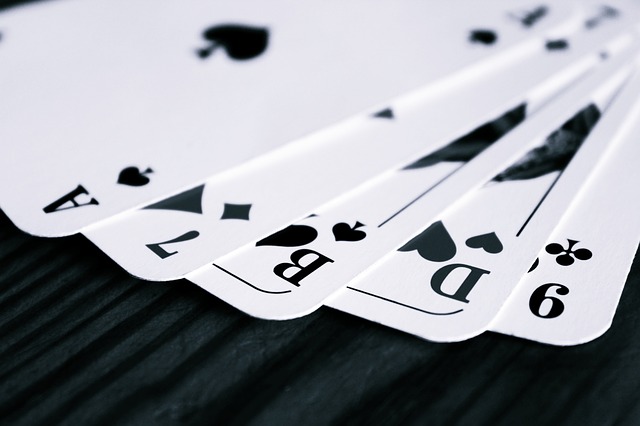 Rummy is a hugely popular card game. Card games have been popular around the world for a very long time. Rummy is a card game that is played across the world and different cultures have modified the rules of the game which has led to the creation of local rummy variations. It is a game that has only grown in popularity and its appeal has been universal. With the technological advances in recent decades as well as the boom in internet connectivity across the world, online rummy is now played by more people than ever.

But what is rummy? And how to play rummy?

Broadly speaking, Rummy is essentially a group of card games, which, regardless of variations, follow the same format of gameplay. That is, players pick and discard cards. The objective of the game is to form similar groupings of cards – called ‘melds’. The groups of cards can be consecutive cards of the same suit (such as a 5 of clubs, 6 of clubs, 7 of clubs), in which case this grouping is called a sequence or a run, or they can be a combination of cards of the same rank but belonging to different suits (such as 4 of clubs, 4 of diamonds, 4 of spades), in which

case the grouping is called a set. The idea is to build ‘melds’ or groupings of three or more of a kind of the same type of card.

An article in The Indian Express talks about why rummy is immensely popular in India. In this blog, we help you discover the various forms of rummy that is played around the world. Read on to learn about the variants of the game as well as the rules associated with each type. Or click here to download the rummy app and play now!

Gin rummy is a simple two-player version of the game. The objective in this game is to score points and reach an agreed number of points or more before the opponent does. This agreed points target is usually more than 100.

This version of the game is also called pinochle rummy, Michigan rummy, Persian rummy, 500 rummy or 500 rum. The unique feature of this form of rummy is that each player scores the value of the sets of cards that they meld. 500 Rummy can be played by 2 to 8 players, but it is best for 3 to 5 players.

This variant of the game is also called Indian Rummy which is believed to be a modified version of Gin Rummy and Rummy 500. This is a game for 2 to 6 players in which each player is dealt 13 cards. 13 Card Rummy also allows the use of Joker cards, which can be used as substitutes for any card.

This is the simplest and most basic format of 13 Card Rummy. It is also called 80 Points Rummy and is also the most liked online variant of rummy as a game typically lasts a few minutes. Points for the winner are calculated based on the points that the losing players have accumulated.

This version of the game is played for a fixed number of deals. In Deals Rummy, at the beginning of the round, each player gets an equal number of scores. At the end of each deal, all the players must surrender their scores to the winning player. The player who accumulates the maximum number of scores after all deals have been played is the winner.

In Pool Rummy, all the players ‘pool in’ or collect money to play. It is similar to Points Rummy, and is played till all the players except one get eliminated from the game upon collecting 101 or 201 points, depending on whether 101 Pool Rummy or 201 Pool Rummy is played. The last remaining player is the winner.

101 Pool Rummy is a variant of Pool Rummy in which players have to drive their opponents to cross 101 points. As soon as a player collects 101 points, they need to accept defeat and go out of the game.

Similar to 101 Pool Rummy and played in the same fashion, 201 Pool Rummy is a second variant of Pool Rummy, and players get eliminated as soon as they each collect 201 points.

This version of rummy is also known as ‘Indian Marriage’ and is hugely popular in the Indian subcontinent. It is longer than other versions of rummy but is similar to 13 Card Rummy, although with a few different features. 21 Card Rummy uses three decks of cards and players must form at least 3 pure runs and the remaining cards must be melded into proper sets or sequences. Additionally, this variant also features something called The Marriage Hand. A combination comprising the 7 of clubs, 8 of clubs, 9 of clubs is known as The Marriage Hand. The players who possess this special combination of cards get 100 points from their opponents.

This version of rummy is for 2 to 5 players. It is played with 3 decks of cards and is popular among card game lovers in Nepal, Bhutan and India. This variant of the game does not use printed jokers, but only wild card jokers. All players receive 21 cards and all card combinations must consist of 3 cards only.

Oklahoma Rummy is a version of Gin Rummy and can be played by 2 to 4 players. This variant uses a standard card deck with 52 cards with one randomly selected Joker. As

with all other variants, players have to form melds, and the first player who gets rid of all their cards is the winner.

Kalooki Rummy is a version of the game that is played with 3 to 8 players. The number of decks used for playing depends on the number of players, and each game of Kalooki Rummy is played for 9 deals. In this game, like all other variants, players must form melds and the player with the lowest total score at the end of all 9 deals is declared the winner.

Now that you have a fair idea of the various types of rummy, it’s time to start playing!

Image Credit:- Image by TanteTati from Pixabay(Free for Commercial Use)